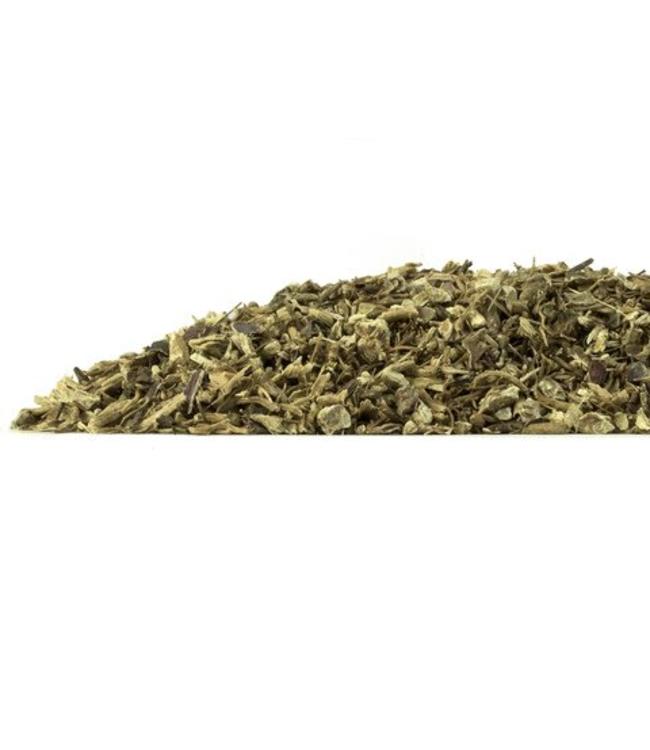 Echinacea is one of the most widely known herbs in American folk herbalism. Used extensively by traditional herbalists and Native Americans alike in North America for generations, echinacea eventually gained popularity in Europe in the 1900's. One of its main uses is to support healthy immune function, although many of its historical uses were related to topical applications. It is now one of the most available dietary supplements in health food stores and continues to be a subject of many scientific studies investigating its immune support properties.

Nine species of Echinacea are native to the United States and southern Canada, with much of the population centered in Kansas, Arkansas, Oklahoma and Missouri. These species are perennial members of the sunflower, or Asteraceae, family and mostly prefer rocky, disturbed soils in open fields, prairies, and along railroad tracks. The material found in commerce is generally E. purpurea, E. angustifolia, and occasionally E. pallida. E. purpurea is big bushy shrub, growing 4-5 feet tall, with vivid purple coneflowers (hence the common name 'purple coneflower'). The leaves are wider than E. angustifolia, which has more angular and hairy leaves (the specific name refers to this, literally meaning 'narrow-leaved), and grows to only around one foot in height. Often E. pallida and E. angustifoliaare confused as they both have light pink petals and are used in a similar manner.

The genus name Echinacea is derived from the Greek 'echinos' which literally means hedgehog and refers to the appearance of the spiny seed head.

E. purpurea is the most widely cultivated of the Echinacea species, yet little is found in the wild now due to overharvesting. E. pallida and E. angustifolia are much more difficult to grow. Commercially, preparations of E. pallida are occasionally labeled incorrectly as 'Echinacea angustifolia.' (Herbal E)

Echinacea was used at length by Native Americans and by traditional herbalists in the United States and in Canada. One of the first written accounts was by an equestrian from Louisiana who used this herb topically on horses. According to the ethnobotanical work, Uses of Plants by the Indians of the Missouri River Region, written in 1914 by Melvin Gilmore, "echinacea seems to have been used as a remedy for more ailments than any other plant." A variety of tribes, including the Pawnee, Dakota, Omaha-Winnebego relied heavily upon this plant. It was used for situations ranging from swellings to distemper in horses. This herb was administered as a fresh juice, herbal smudge or smoke, and often either the leaf or root was simply chewed on. Echinacea was used traditionally for supporting the immune system and also for topical use.

The Eclectic physicians in the United States popularized Echinacea in the late 1800's showing particular interest in E. angustifolia. John Uri Lloyd and John King were major proponents of this herb, extolling its virtues far and wide for several years until it became the single most widely used herb by the Eclectics. It was all the rage until the Eclectic schools closed down in the mid 1930's at which point the popularity of echinacea declined in the United States. It fell out of fashion until the 1970's when herbalists resurrected it. However, during this time, E. purpurea was gaining recognition in Germany. Ironically, E. angustifolia was the species that most traditional herbalists and Native Americans used medicinally, yet E. purpurea was the species that the Germans ended up researching and therefore the one that became the most popular, first in Europe, and then in the United States. Thus, the species which had the most substantiated historical evidence, has the least scientific research. As the story goes, in the 1950's the Swiss naturopathic doctor, Dr. Vogel, came to the U.S. to study Echinacea in South Dakota. He brought seeds back which he believed were from E. angustifolia and gave them to a German doctor who planted them and made a preparation. Soon it was discovered that the species was actually E. purpurea which is why it became so popular and widely studied in Europe.

Specific: Persons with allergies to other members of the Asteraceae family should exercise caution with Echinacea, due to the presence of Echinacea pollen.
General: We recommend that you consult with a qualified healthcare practitioner before using herbal products, particularly if you are pregnant, nursing, or on any medications.