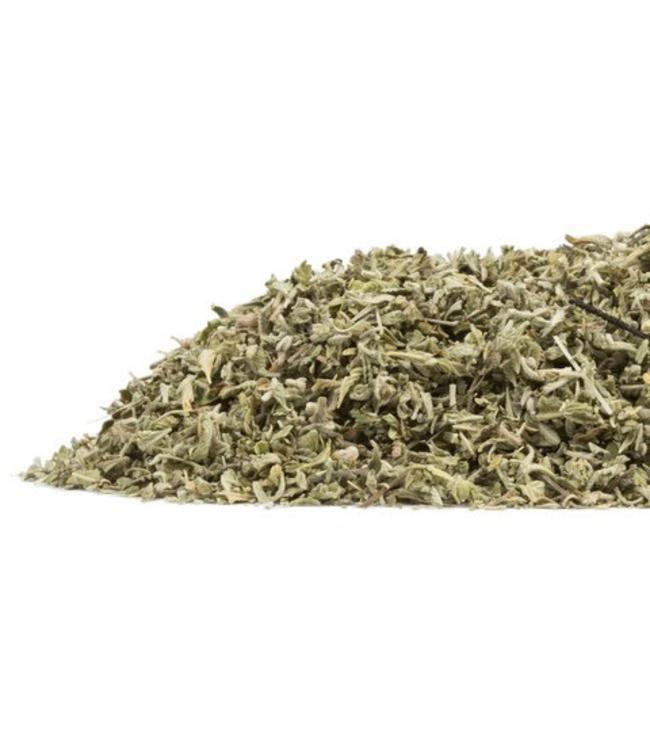 Damiana has been used in Mexico, Central America, and South America since the times of the ancient Aztec, and remains quite popular today. Although its noted effect on sexual desire has been its primary traditional use across cultures, it has also been valued as a relaxant, digestive stimulant, mood enhancer, or just an enjoyable beverage that was often given to children. In modern times it has also been used as an herbal smoke and a liqueur.

The origin of the common name damiana is from the Greek daman or damia meaning "to tame or subdue." It is the feminine version of Damian and infers that damiana is the wild one "who tames." It is believed that the indigenous Guaycura in the Baja region of Mexico were the first to use damiana. According to legend, the herb became wore widely distributed when the Guaycura began trading with the Aztecs. Damiana was also highly valued in ancient times by the Mayans, who used the plant in a similar manner to the Aztecs and the Guaycura.

Dried damiana leaf can be brewed into a tea, made into a tincture, used in herbal smoking blends, or powdered and encapsulated. A fresh plant tincture of aerial portions may be made as well. Damiana leaves are often infused in alcohol to make liqueurs or cordials.

For educational purposes only. This information has not been evaluated by the Food and Drug Administration.

This information is not intended to diagnose, treat, cure, or prevent any disease.

I need to quit smoking weed and this is a wonderful replacement. Its really helping when I thought nothing would! Thank you Hollow Reed!

5 stars based on 1 reviews