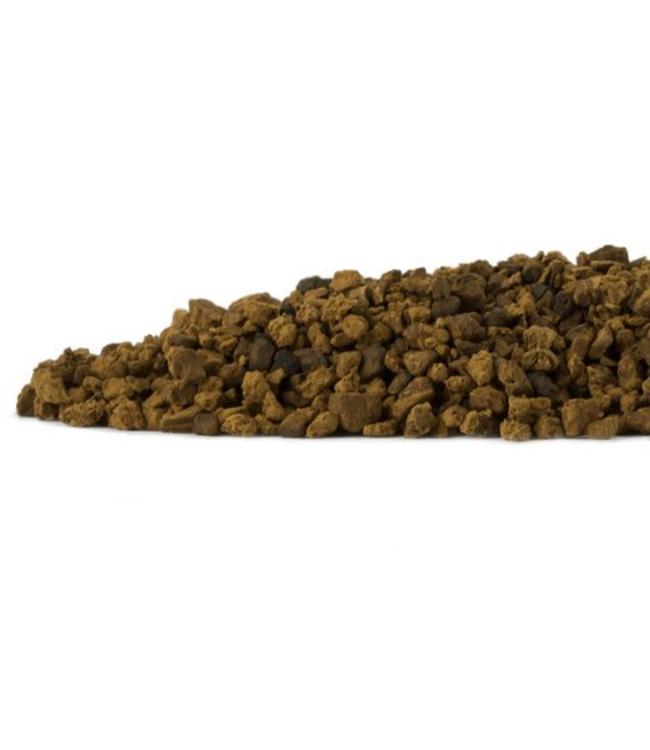 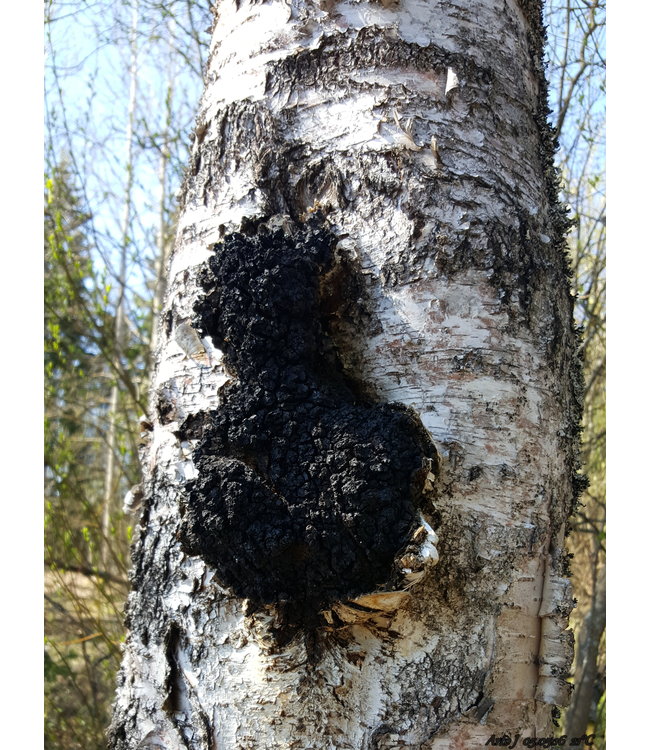 Chaga is a fungus, a parasitic carpophore that looks like the charred remains of burned wood on the side of a birch tree (sometimes growing on Elm and Alder, but Birch is its favorite). It is not the fruiting body of the fungus, but a sclerotia or mass of mycelium. The parasite enters the tree through a 'wound' in the bark of a mature tree. It then grows under the bark until it erupts in a deeply cracked, black charcoal like extension. It usually takes another 5-7 years for it to fully mature, at which point it falls to the forest floor, most times killing the host tree in the process. Chaga has been a part of folk medicine in Russia, Poland, China and numerous Baltic countries for many centuries. It was documented by Chinese herbalist Shen Nong in his herbal texts as early as the first century B.C.E.

The entire mushroom is used in all preparations noted.

Chaga is typically and historically ingested as a tea, but it also has been made into a tincture, and less commonly into powder that is then used as a tea; Encapsulation seems to be rare. There have been reports of it being the base for liqueurs and as a substitute for hops in beer. In Russia, it can be found as a syrup, a tablet, an aerosol, and even as a suppository. If you are using the cut Chaga for the purpose of making a tea, you can re-brew your material a second time without loss to flavor or potency.

Chaga is predominantly found in Poland, Western Siberia, and throughout North America. Even in the most prime Northern regions, Chaga conks are somewhat rare. Recent studies in China and Korea have shown that Chaga contains antioxidants, but the studies have yet been able to pinpoint why this is. It has been sold in Russia since the 1960's as Befunigin, and is commonly found in many Russian households. 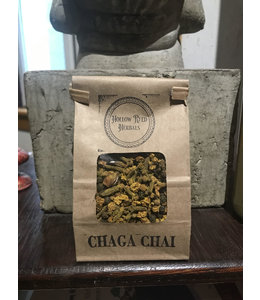 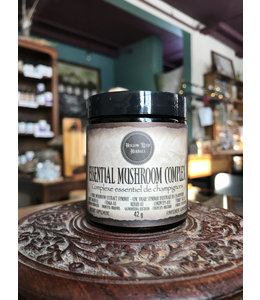 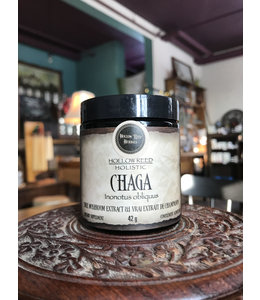 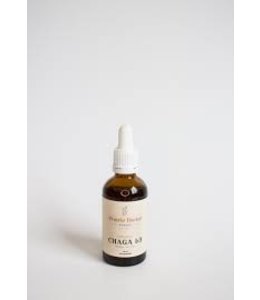 C$21.00
organic Chaga mushroom tincture can be used as a source of fungal polysaccharides with immunomodulat