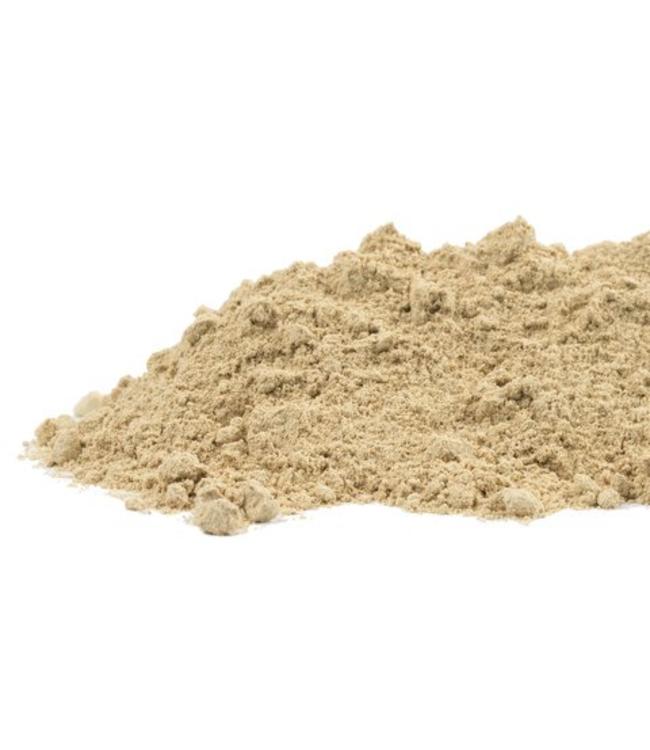 Maca, native to the Peruvian Andes, is a food staple made into cookies, flan, smoothies, syrups, and liquor. It has a rich history of traditional use as a panacea and is referred to as 'Peruvian ginseng.' Specifically, it is prized for its adaptogenic and nutritive qualities. It was introduced to North America, Europe, and Japan in the late 1990's precipitating a stream of scientific studies.

This product is gelatanized, making it easier to digest and also contains more concentrated and bio-available nutrients.

Maca has a fleshy hypocotyl (the stem of a germinating seed’s leaf) and has a rough pear-shaped to rectangular root that varies in color from red, to yellow, to black. It is a member of the Brassicaceae family and has small off-white flowers similar to many other cruciferous species. Maca grows in the Junin plateau of Peru in very hostile high altitude environments at 11,000-15,000 feet where temperatures plummet below 14 degrees and high winds and hot sun prevail. It is native in the Puno and Moquegua regions in the Andes Mountains of Peru and is the only cruciferous vegetable native to this area. According the author of Lost Crops of the Incas, “even most of the Indians of the Andes barely know this plant, which is so restricted in its distribution….in this stark, inhospitable region, maca makes agriculture possible as maca survives in areas where little else can grow.”

It is now cultivated in Peru, Bolivia, and Argentina, where many regions within these countries are severely economically depressed. Maca cultivation offers new sources of income and has become a major subject of commercial and scientific interests in the last few decades. In the 1990s, as interest piqued in North America cultivation increased profusely. Maca was considered a top selling herbal supplement listed in the top 21-40 rankings in a 2012 report showing a nearly 23% increase from prior years.

Maca has been in continual use for thousands of years and used as a love charm to inspire romantic interests for at least 500 years. The Inca were thought to have started cultivating this root 2,000 years ago as it was considered by them to be not only a highly valuable food source, but also a sacred gift from the gods. The Spanish encountered maca when they noticed that their horses were struggling with the extreme environment. As the story goes, the Inca suggested they try maca. These passionate Latin conquistadors couldn't help but notice the impressive effects on their animals, and so, they just had to try it for themselves. In Peru, the sweet, spicy, root is considered a delicacy. Many Peruvians prefer the taste of the yellow root, considering it sweeter. It is utilized as a typical grain flour and made into cakes, flan, smoothies, beer, and even a porridge called 'mazzamora.' The dried root will last for seven years.
Maca is considered a highly valuable commodity amongst the indigenous people in this area, and in Peru and other neighboring countries, where it has a long traditional use.
The dried roots are exchanged for other food staples such as rice, with communities dwelling at lower elevations. This is often how they reach markets as far away as Lima, Peru.

Root fresh and cooked or dried and powdered in a smoothie. Traditionally, in Peru often blended with quinoa and a variety of other ingredients.

During the mid 1500's, the Conquistadors in Peru required payments in the form of maca root, thus it was writ: Lima, January 12, 1549: "I Pedro, Lawyer Of the Gasca of the Council of his majesty and of the Holy Inquisition, president, and ruler of provinces of Peru by his majesty…"…entrust this Joan Tello, the Runato chiefdom with their main towns and Indians of Chinchaycocha…… send the tributes that Iuso Iran declared by the form and order that is followed: in each a year trezientas (30) MACA loads ….and one hundred loads of potatoes… ". 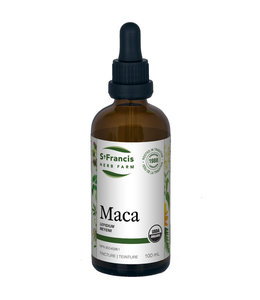 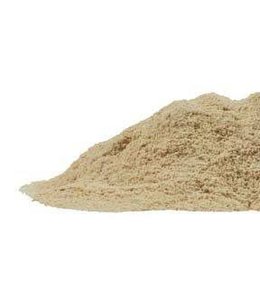 C$12.00
Ashwagandha is a highly revered botanical used in Ayurveda and is praised for its adaptogenic and to 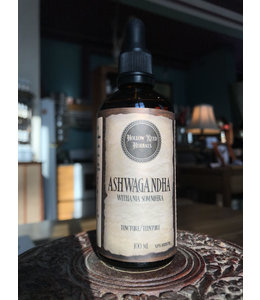 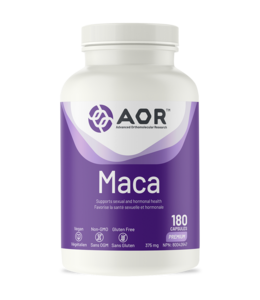